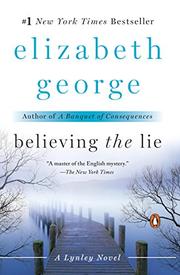 Why investigate an accidental drowning?

Wealth hath its privileges, and one of them, Lord Fairclough finds, is bending New Scotland Yard to his will by arranging for a discreet inquiry into the accidental drowning of his nephew Ian Cresswell. So Inspector Thomas Lynley (The Body of Death, 2010, etc.) is dispatched incognito to the Lake District, where his task is to determine whether Fairclough’s wastrel son Nicholas perhaps jimmied loose the boathouse stones on which Ian slipped to his death. The coroner thinks not, but Lynley has asked forensic specialist Simon St. James and his photographer wife Deborah to nose around just in case there’s evidence of foul play to be found. Meanwhile, back in London, DS Havers is engaged in another sort of research on the morosely dysfunctional Faircloughs, which includes Fairclough’s warring twin daughters Manette and Mignon; his nephew Ian’s corrosively angry son Tim and sexually rapacious ex-wife Niamh; as well as the man Ian left his family for, the foreign-born Kaveh; and, of course, there’s Fairclough’s recovering junkie/alcoholic son Nicholas and his beautiful, secretive Argentine wife Alatea. Muddying the landscape is a tabloid reporter who’s eager to save his job with a juicy sex scandal, even if he has to make one up. Pedophilia, homophilia, infidelity, illegitimacy and greed will come into play, but it is Deborah, consumed with her own infertility, who sets in motion the final tragedy.