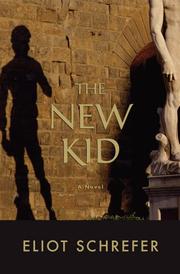 The life of a 16-year-old boy goes from bad to worse when he leaves his financially strapped parents to become part of a wealthy family’s psychodrama.

Humphrey is, once again, the new kid at school. After years of his parents’ failing at jobs and moving from state to state to start anew, he’s used to it. This time around, it’s a Florida high school where he is wearing the wrong clothes and sitting next to the wrong kid on the bus and going “home” to a motel because his folks can’t afford the security deposit on an apartment. Eventually, Humphrey targets Wade—older, buff, at ease in his own skin—as the cool kid to give him entrée to the cafeteria society. Soon they are lifting weights together and hanging out with Wade’s slutty-but-nice mom, Brandy, and Wade’s hottie girlfriend Chantal. But then a party at Brandy’s gets out of control, and Humphrey winds up badly beaten. Enter Gretchen, Humphrey’s older half-sister, whom their mom resents because she had wanted to be an actress but quit when she became pregnant with Gretchen. Gretchen wants to help Humphrey, but she has a few problems of her own. Her character on a popular TV series has just been killed off, and her boyfriend of four years, Rajan Lansing, has just given her the boot. His mega-wealthy parents have always treated her like a daughter, so she doesn’t tell them about the break-up (Rajan is in L.A. looking for acting roles). Instead, she talks the Lansings into flying Humphrey to Europe to join them on their yacht for a summer-long Mediterranean cruise. The Lansings have a bad marriage, and the addition of Humphrey stirs up a storm. An all-hands-on-deck climax brings this implausible story to its inevitable, melodramatic conclusion. Schrefer (Glamorous Disasters, 2006) reaches for the psychological precision of Patricia Highsmith, but with cartoon characters and a preposterous plot, this reads more like a perverted Richie Rich.