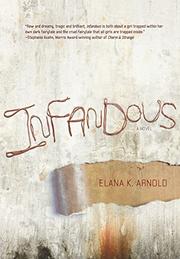 The summer before senior year gives Sephora Golding time to surf, work on her found-object works of art and reflect on the turn her life has taken.

Seph shares a low-rent apartment in Venice Beach, California, with her stunningly gorgeous mother, Rebecca, who Seph used to imagine was a mermaid. Left by Seph’s father and shunned by Rebecca’s family, the two have always been unusually close. Last year, Seph had a brief fling with an older man; now Rebecca’s having a summertime romance with a younger one. Seph relates her summer tale of self-discovery in a matter-of-fact, occasionally foulmouthed teen voice. She intersperses her account with hard-hitting yet sumptuous versions of fairy tales and myths, from “Sleeping Beauty” and “The Rape of Lucretia” to “Demeter and Persephone.” From her vantage as narrator and storyteller, she points out that “[t]hings don’t really turn out the way they do in fairy tales. I’m telling you that right up front, so you’re not disappointed later.” She calls one of her sculptures Infandous, meaning “something that’s too terrible to be spoken aloud.” Hers is a world of raw physicality, underscoring the contrasts between beauty and ugliness, wealth and poverty, light and shadows that play out as secrets unfold.

A coming-of-age story consciously reminiscent of Lolita, this multifaceted portrayal of family bonds surprises with its nuanced and sometimes-searing emotional gravity.