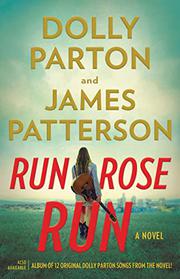 A singer/songwriter at the beginning of her career is befriended by a retired country-music luminary, but will the young woman's past destroy her before her star can ascend?

"Underneath that sweet, doll-faced exterior, there was something fierce and furious about AnnieLee Keyes. Some dark pain powered those pipes; Ruthanna was sure of it." Like Bill Clinton before her, Parton has hooked up with Patterson to channel the details of her profession into a thriller framework—and in this case, to provide an album of songs purportedly written by the three main characters to be released at the same time. When we meet AnnieLee, she is on the run, hitchhiking to Nashville to escape some mysterious nightmare situation. Standing in the rain, she starts singing to herself: "Is it easy / No it ain't / Can I fix it? / No I cain't." This will become "Woman Up (and Take It Like a Man)," one of the songs she debuts in a roadside dive called the Cat's Paw, begging a place on the stage and playing a borrowed guitar before slinking off to sleep in a public park. But she has already been noticed by Ethan Blake, a handsome Afghanistan veteran–turned–Nashville session player and secret songwriter—"Demons, demons, we've both had enough of our own / Demons, demons, we don't have to fight them alone." He will take word of this tiny, skittish prodigy to his boss, the beloved Ruthanna Ryder, who has stepped back from a mega-career after personal tragedy—and who happens to own the Cat's Paw. Ruthanna, who recalls the great Parton in coiffure, jewelry, generosity, and business know-how, sees her former self in AnnieLee—"Big dreams and faded jeans / Fit together like a team"—and immediately goes to work to help her climb the slippery ladder of stardom. But between AnnieLee's durn pride and the vicious, violent marauders who are on her tail, it won't be easy. Good thing Patterson was there to give Ethan those military superhero moves. Showdown in Vegas, y'all!

The fairy-tale characters and details of the country-music scene are so much fun you won't mind the silly plot.