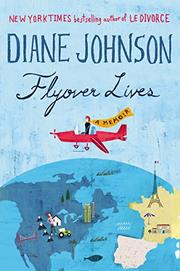 Essayist, novelist and biographer Johnson (Lulu in Marrakech, 2008, etc.) became interested in her ancestors when a French friend remarked that Americans care so little about their pasts. Taking the criticism as a kind of dare, the author set out to unearth her origins in the Midwest, dismissively called “the Flyover.” Growing up in Moline, Ill., in the 1940s, she admits, was uneventful. Her father was a school principal, her mother an art teacher; her extended family abounded in aunts, uncles and cousins. However, no one cared about the family’s old-world roots. “We were Default Americans, plump, mild, and Protestant,” writes Johnson, “people whose ancestors had come ashore God knew when and had lost interest in keeping track of the details….” Details, though, are what Johnson was after, and she found a treasure in a diary written in 1876 by her great-great-grandmother Catharine Perkins Martin. The diary, along with earlier letters and deeds, informs Johnson’s narrative of her family’s 18th- and 19th-century experiences. Catharine, newly married to a physician, settled in Illinois in 1826. Her life was hard; within five years, she had three daughters. In 1831, scarlet fever swept through the country, and within two weeks, all three were dead. Out of five more children, only one daughter survived; she married a man who fought in the Civil War. Johnson complements Catharine’s memoir with her own recollections: summers at the family’s cabin; afternoons at the movies; teachers’ encouragement of her writing talent; a stint at Mademoiselle alongside Sylvia Plath, who “wore a merry face and a perfect pageboy bob”; marriages, motherhood, career. Some brief chapters seem like hastily recorded impressions, and a few are a bit shapeless. Nevertheless, Johnson, twice nominated for a Pulitzer Prize and National Book Award, is a felicitous writer, cheerfully alert to irony and absurdity.

The unfailing deftness of the prose makes this book a pleasure.