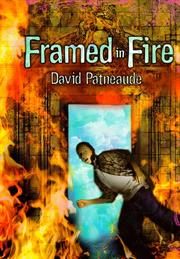 Patneaude (The Last Man’s Reward, 1996, etc.) hatches a silly plot and one-dimensional characters, but preteens might enjoy this piece of escapist entertainment about a boy wrongly committed to a mental asylum. Peter’s weak-willed mother has lied to him all his life about his real father, allegedly dead. Peter doesn’t get along with his stepfather, a car salesman, who schemes to have him committed by a corrupt psychiatrist. In the asylum, Peter befriends two disturbed inmates and a health technician who help him escape. Among the absurd plot concoctions: Peter’s five-year-old half-brother, Lincoln, is psychic, allowing Peter extraordinary access to clues he needs to find his real father; and that his father has been searching for Peter all along. Patneaude resurrects elements from his first novel, Someone Was Watching (1993), in which a supposedly drowned sister has really been kidnapped, and in which a cross-country trip unfolds without much mishap. His writing style, however, is so robust that even if readers find little remotely connected to reality in these pages, there’s more than enough suspense in the fast-paced narrative to keep them entertained. (Fiction. 8-13)