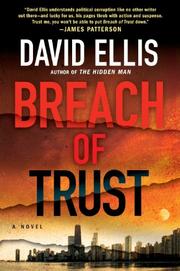 From Edgar-winner Ellis, more about picaresque attorney Jason Kolarich (The Hidden Man, 2009), caught this time between a vengeful adversary and a violent thug with a taste for political hardball.

It’s not unlikely that Kolarich exited the womb programmed to out-bawl the rest of the infant community, a born competitor. In part, at least, this explains why he waited so long for a certain phone call on a certain fateful day—too long, he would later bitterly acknowledge. Ernesto Ramirez, a former street-ganger turned good guy, had information for Jason, which he was prepared to part with only because Jason had applied the kind of unremitting pressure—think psychological water-boarding—under which Ramirez had finally cracked. And yet the information was less than essential; that is, Jason already had all he required to exculpate his client at the expense of Chris Moody, the government’s endlessly ambitious lead prosecutor. Icing on the cake was all it amounted to, not much more than a chance to stick a gratuitous needle into the arrogant hide of a heartily disliked opposite number. And now the law of unforeseen consequences kicks in with three negative results: 1) Jason’s wife and child die in a car crash that might possibly have been avoided if Jason had been at the wheel instead of at the phone. 2) As Ramirez had all but predicted, he is in fact murdered by the corrupt politico who needs him silenced. 3) Jason earns the ongoing rancor of a man to whom payback has the force of religion and who is every bit as competitive as he is.

A turn of the screw or two on the excessive side perhaps, but smart, tough Jason, who clearly does not jib at chicanery inside the courtroom or out, remains a keeper, warts and all.