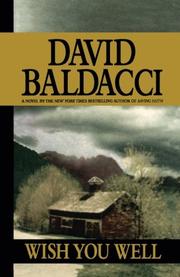 Louisa May Cardinal (Lou) is only 12 when she and her brother Oz survive a car crash that kills their beloved father and leaves their mother Amanda mute and partially paralyzed. Kindly Great-grandmother Louisa insists that all three come back to the Appalachian homestead that has sheltered so many generations of their poor but honest clan—and they do, having nowhere else to go. The children, who grew up in New York, are bewildered by the strangeness of it all, while a family friend and lawyer, Cotton Longfellow, helps out whenever he can. He patiently reads aloud to the barely responsive Amanda and explains country customs to Lou and Oz. But soon the venerable Louisa suffers a devastating stroke—just as a local schemer comes up with a plot to sell her land to the powerful coal company that has ravaged the beauty of the mountains and left its supposed beneficiaries with nothing but black lung disease, crippling debt, and the certainty of early death. The saintly Cotton battles in court on Louisa’s behalf, but the jury finds for the coal company since the stricken matriarch can’t speak in order to tell her side of the story. All seems lost with Louisa’s death, but—with a snap of the fingers—the silent Amanda springs back into full consciousness and the villains are foiled. Political thrillers may be his strength, but Baldacci (Saving Faith, 1999, etc.) here is somewhere between middling and graceless. Drawing on his own rural Virginia heritage, he attempts various styles—backwoods dialect, homespun philosophizing, small-town courtroom theatrics—but his tin ear for dialogue and cloudy eye for metaphor stand in the way of success.