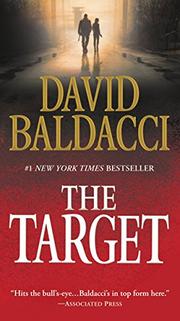 Baldacci picks up where he left off with CIA assassins Will Robie and Jessica Reel in this no-holds-barred tale of perfidy and murder at the highest level.

The president, the director of the CIA and the president’s national security adviser meet in secret to hatch a plot to kill the dangerous and unpredictable leader of North Korea. Evan Tucker, the slimy CIA head, decides to use Robie and Reel, whose last mission ended in the deaths of other agency personnel. But first he sends them to the Burner Box, a training facility in rural North Carolina, where they’re subjected to everything from near-fatal waterboarding to food and sleep deprivation. When a North Korean operative discovers the mission and blows it out of the water, Robie and Reel are sent to clean up the mess. Meanwhile, Julie, a young girl they know from a previous mission that’s never fully explained here, is captured by a group of Nazi sympathizers intent on getting to Reel. Baldacci’s prose crackles with urgency, and both spies, although psychological messes, are at the tops of their games. But this novel’s construction proves both puzzling and distracting: Baldacci spins a compelling, although much of the time improbable, tale revolving around the failed strike at North Korea, taking up about a third of the book. The second third veers into Reel’s neo-Nazi past and takes the story so far afield that they seem like different novels. The final third returns to the Korean storyline, with the results being oddly fragmented. Some scenes set in a Korean concentration camp prove the most compelling by far, especially with their heartbreaking descriptions of lives that are almost too terrible to contemplate.

Robie and Reel fans will thrill to see their favorite spies back in action, no matter what the setting.