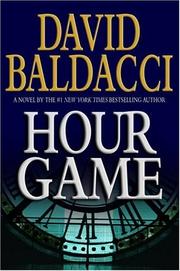 A serial killer with a sense of history is the baddie in this latest from Baldacci, one of the reigning kings of potboilers (Split Second, 2003, etc.).

He kills, he leaves clues, he flatters through imitation: Son of Sam, the San Francisco Zodiac killer, Richard Ramirez, John Wayne Gracy, and so on down a sanguinary list of accredited members of the Monsters’ Hall of Fame. Suddenly, the landscape of poor little Wrightsburg, Virginia, is littered with corpses, and ex-Secret Service agents Sean King and Michelle Maxwell have their hands full. That’s because bewildered, beleaguered Chief of Police Todd Williams has turned to the newly minted private investigating firm of King and Maxwell for desperately needed (unofficial) help. Even these ratiocinative wizards, however, admit to puzzlement. “But I'm not getting this,” says Michelle. “Why commit murders in similar styles to past killers as a copycat would and then write letters making it clear you’re not them?” Excellent question, and it goes pretty much unanswered. Never mind—enter the battling Battles, a family with the requisite number of sins and secrets to qualify fully as hot southern Gothic and to prop up a plot in need. Bobby Battles, the patriarch, is bedridden, but Remmy, his wife, is one lively mischief-making steel magnolia. She’s brought breaking-and-entering charges against decent local handyman Junior Deaver, who as a result languishes in the county jail. Convinced of his innocence, Junior’s lawyer hires King & Maxwell to sniff around for exculpatory evidence. Well, will the two plot streams flow together? You betcha. Will the copycat-serial-killer at one point decide that King and Maxwell are just too clever to live? Inevitably. And when at last that CCSK’s identity is revealed and his crimes explained (talkily and tediously), will readers be satisfied? Only the charitable among them.