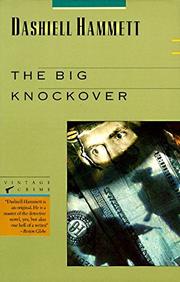 This is a one volume republication of nine of Hammett's long short stories, some of which are not so well known because of their more obscure origins in the pulps, and the unfinished Tulip. Lillian Hellman who thought of him as her "closest..most beloved friend" over the thirty years she knew him, remembers him fittingly and touchingly in a memoir which goes back to the "fat, loose wild years" in Hollywood, through to the last four which he spent with her, ill and somewhat lost. Hammett, a very gentle man, brought a rasping authenticity and a dynamic authority to the genre he can be said to have created, and even if some of the material here is uneven, the collection will be a compulsory companion piece to The Novels republished in 1965 (Knopf) for all his admirers.