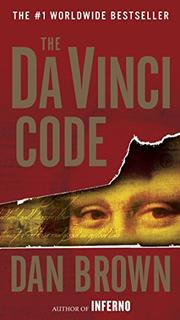 In an updated quest for the Holy Grail, the narrative pace remains stuck in slo-mo.

But is the Grail, in fact, holy? Turns out that’s a matter of perspective. If you’re a member of that most secret of clandestine societies, the Priory of Sion, you think yes. But if your heart belongs to the Roman Catholic Church, the Grail is more than just unholy, it’s downright subversive and terrifying. At least, so the story goes in this latest of Brown’s exhaustively researched, underimagined treatise-thrillers (Deception Point, 2001, etc.). When Harvard professor of symbology Robert Langdon—in Paris to deliver a lecture—has his sleep interrupted at two a.m., it’s to discover that the police suspect he’s a murderer, the victim none other than Jacques Saumière, esteemed curator of the Louvre. The evidence against Langdon could hardly be sketchier, but the cops feel huge pressure to make an arrest. And besides, they don’t particularly like Americans. Aided by the murdered man’s granddaughter, Langdon flees the flics to trudge the Grail-path along with pretty, persuasive Sophie, who’s driven by her own need to find answers. The game now afoot amounts to a scavenger hunt for the scholarly, clues supplied by the late curator, whose intent was to enlighten Sophie and bedevil her enemies. It’s not all that easy to identify these enemies. Are they emissaries from the Vatican, bent on foiling the Grail-seekers? From Opus Dei, the wayward, deeply conservative Catholic offshoot bent on foiling everybody? Or any one of a number of freelancers bent on a multifaceted array of private agendas? For that matter, what exactly is the Priory of Sion? What does it have to do with Leonardo? With Mary Magdalene? With (gulp) Walt Disney? By the time Sophie and Langdon reach home base, everything—well, at least more than enough—has been revealed.