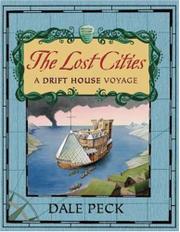 Washed back nearly five-and-a-half centuries by a sudden tsunami in the usually placid Ocean of Time, pre-teen siblings Susan and Charles, first introduced in Drift House (2005), tackle a space/time storm (confusingly mislabeled a “time jetty”) that is leaving a trail of destruction stretching from the Twin Towers through Pompeii and Atlantis to ancient Babylon. Once again lacing his tale with inscrutable elements—including at least one (possibly more) strong-willed magical volume(s) and at least one (ditto) other-than-human time “Returner” who single-handedly fills out the cast with multiple appearances in various guises—Peck plunges the separated Susan and Charles into contrived encounters with Pre-Columbian residents of Greenland and North America, and then on to twin cataclysmic climaxes over modern Manhattan (for Susan) and beneath the Tower of Babel (for Charles), before a final happy reunion aboard their ship-like Quebec mansion. Floating thinly atop its opaque, anthropocentric metaphor (“The jetty is a manifestation of the eternal human desire to cheat time, to get to the end without going through the middle,” explains the Returner, with typical clarity), the sequel is as likely as its predecessor to leave readers at sea. (Fantasy. 11-13)