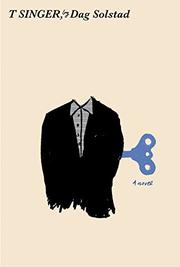 Singer isn’t much to behold. He can’t dance, can’t sing, hasn’t gotten very far along in his aspirations to be a writer. What’s a bookish failure to do, having exhausted the possibilities of his job as a “punctual and conscientious sales clerk in the state liquor store”? Go to library school, from which Singer emerges at the age of 34 with a job in a small city in the mountainous Telemark district. He settles into a “simple, well-ordered life” that is soon disrupted by the attentions of ceramicist Merete Sæthre, who presumably settles for him in turn because there’s not a huge smorgasbord of romantic possibilities for a single mother with a 2-year-old child. Solstad breaks the fourth wall to tell us that he’s not going to tell us much more about Merete: “She is not the main character in this novel; it’s doubtful that she could have been the main character in any novel of a certain quality.” Thus, when her discontent with Singer mounts to the point of fracture, it’s easy enough, one supposes, to dispose of her, leaving Singer to tend to the young daughter who’s his in the eyes of the law only. Singer is, let us say, not adept at coping; as Solstad writes, it’s hard to imagine that he, too, “can be the main character in any novel at all, regardless of quality.” Still, after he summons up an imaginary friend upon whom to spill his grief, he manages to rise to the occasion, sort of. Suffice it to say that, as the years pass, single fatherhood doesn’t do much to improve his mood.

Knut Hamsun remains the king of Nordic gloom, but Solstad gives him a run for the money in a story at once traditional and postmodern.