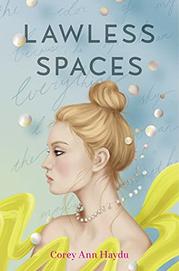 A girl searches for authenticity in a world that constantly judges her.

The women in the Dovewick family have a few things in common. Short and buxom with cascading blond hair, they have the kinds of bodies other people feel free to project their assumptions onto. Starting on their 16th birthdays, each woman also keeps a journal in which they write poems about things not said aloud. Mimi has plenty to write about since she doesn’t have many authentic connections in real life—she and her mother don’t connect like they used to, and Mimi’s many followers on social media only know the curated version she shares there. As Mimi reads the older generations’ journals, she encounters women she never really knew, whether it’s a different side of someone familiar, as with her mother, or untold stories, such as learning that in 1954 her great-grandmother was pressured into sex and then ditched by a manipulative boyfriend despite her unplanned pregnancy. Meanwhile, Mimi’s mom publicly accuses a famous director of sexual assault, and the first Mimi hears about it is from the news. The verse journal excerpts making up this narrative powerfully convey generations of sexism surrounding women in many areas of their lives and ask whether that history is an emotional connection or a curse that is doomed to be repeated. By turns fragile, tough as nails, halting, and determined, these characters’ voices command attention. The cast defaults to White.