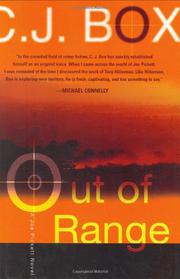 Will Jensen, the Jackson game warden, was a great guy and a model warden, but once his wife left him six months ago, he spiraled into madness and suicide, and now Joe’s been called to replace him. The transition is anything but smooth. There’s no question of Joe’s family coming with him, so he’s reduced to hoping he can get a signal for the cell-phone calls he squeezes into his busy schedule. En route to his new posting, Joe has to pursue a marauding grizzly. He arrives to meet a formidable series of challenges. Cantankerous outfitter Smoke Van Horn wants to go on attracting elk with illegal salt licks without the new warden’s interference. Animal Liberation Network activist Pi Stevenson wants him to publicize her cause and adopt a vegan diet. Developer Don Ennis wants to open a housing development for millionaires who like their meat free of additives. Ennis’s trophy wife Stella simply wants Joe—and he wants her back. As he wrestles with these demands, and with a supervisor riled over Joe’s track record of destroying government property in pursuit of bad guys (Trophy Hunt, 2004, etc.), Joe slowly becomes convinced that Will did not kill himself.

Joe’s fifth case is his best balanced, most deeply felt and most mystifying to date: an absolute must.