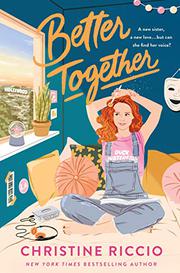 Estranged sisters plan a scheme à la The Parent Trap but are met with an unexpected twist.

Eighteen-year-old Siri Maza from New Jersey is mired in anger and uncertainty after an injury cuts short her burgeoning ballet career. At her mother’s insistence, she agrees to attend a wellness retreat in Colorado—and crashes into a barely remembered long-lost sister she’s been told was an imaginary friend. After bombing spectacularly onstage, 20-year-old Los Angeles comedian Jamie Federov is happy to escape to the Rediscover Yourself retreat, even if it is one of several conditions set by her father upon her moving back home. Jamie’s shocked when she encounters the younger sister she hasn’t seen since their parents split up 14 years ago. Spotting an opportunity for comedic inspiration, Jamie hatches a plot for the two to temporarily swap places and confront their parents. Only when they’re on their respective flights home do they realize that they’ve been transformed to look like one another. The relative ease with which various characters accept the magical element strains belief, but the sisters’ growth over the course of the story is convincing and satisfying. With help from their love interests, Pakistani Zarar and Filipina Dawn—both of whom are well developed and endearing—Jamie and Siri, who are White, confront their individual flaws and strengths and learn to accept the work inherent to healthy familial relationships.