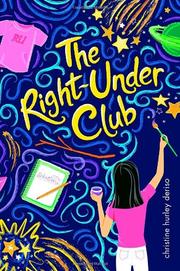 Summertime finds a strange combination of five middle-schoolers high up in a leafy tree house in their newly formed support group, the “R.U. Club,” where the secret is what “R.U.” means and what they do in the club. They could not be more unlike one another and yet each deeply understands what it is like to live in a new family because of death or divorce: They feel like leftovers, “even though we are right under their noses.” Each one takes a turn to describe her concern or worry. Anonymously, in written suggestions and then in group brainstorming sessions, they discuss solutions. Then as the girls put their trust in collective wisdom and thoughtfully apply effort and action through careful heartfelt adherence to club rules, camaraderie develops. Mounting interest in the characters and their adjustments to family life builds to a too-sweet conclusion, which could be redressed in a sequel, yet five genuine multifaceted characters together with their families make a large cast of characters. which Deriso handles adeptly. An interesting group that begs for a sequel. (Fiction. 10-12)