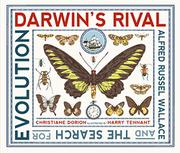 Alfred Russel Wallace and the Search for Evolution

A handsomely designed tribute to the brilliant naturalist who very nearly scooped Darwin.

It was “a case of great minds thinking alike,” Dorion writes. But while Darwin had slowly, cautiously articulated his hypotheses to himself over decades in his country home, they came as flashes of insight to Wallace in the course of scouring the jungles of the Amazon and the Malay Archipelago for exotic specimens to sell to European collectors. It was Wallace’s 1858 letter to Darwin that spurred the latter to go public—and Wallace’s salutary lack of ego that turned what might have been a bitter battle over claims of precedence into a long and cordial relationship. Though the author skimps on Wallace’s later career and misleadingly tags the heart of his proposed theory as “natural selection” (that was Darwin’s term, not Wallace’s), she offers clear pictures of his character and his passion for natural science while making generous use of direct quotations. Tennant gives the slightly oversized volume the feel of a collector’s album with ranks of accurately drawn tropical beetles, birds, and other specimens. These he intersperses with portraits of eminent colleagues, images of collecting gear, and verdant scenes of the white explorer at work either alone or with one or more Indigenous assistants (the latter only sometimes identified, or even mentioned, in the narrative).

A case study of science at its idealistic and paradigm-changing best.