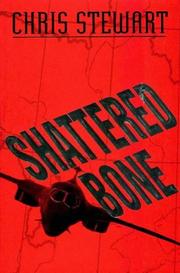 The US is drawn by design into a potentially dangerous belligerency pitting Russia against Ukraine: a top-notch technothriller from first-timer Stewart, an active duty Air Force officer honored for his feats as a B-1 bomber pilot. Posted to America by the Soviet Union as Richard Ammon, at age 18, Ukrainian Carl Vadym Kostenko earns a from UCLA and becomes a USAF jet jockey. Eleven years later (during which time the USSR implodes), Kiev calls in Ammon (who has long since disclosed his deep-cover status to American intelligence authorities). Although puzzled by the postCold War summons, the F-16 pilot plays along. Once back in his nearly forgotten homeland, the Air Force captain learns that he's the linchpin in a fantastic scheme devised by Ukrainian armed forces to protect the newly independent nation from a Kremlin madman bent on restoring the Soviet Union. While the two neighbors get into a costly shooting war, then, Ammon returns to the States, accompanied by the dastardly Morozov, of uncertain loyalties. Covertly assisted by the White House and Pentagon, the crew—soon working at cross purposes, as Morozov shows his true colors—makes off with a Stealth bomber and heads for the battlefields of Eastern Europe. Ammon is gravely concerned about his beloved wife, who's being held hostage by Morozov's cronies, but he soldiers on nonetheless, carrying out a desperately risky, low-level mission that could precipitate a global holocaust in a Shattered Bone—USAF code for the unauthorized flight of a B-1B loaded with nuclear weapons. An impressive debut, complete with suspenseful action, plausible geopolitical scenarios, and authoritative detail on the small wonders of advanced military technology. (Book-of-the-Month Club alternate selection)