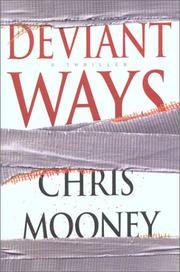 Police Detective Jack Casey is a former FBI profiler who crashed and burned after he was tied up and forced to watch his wife massacred by Miles “the Sandman” Hamilton, an impossibly brilliant serial slasher, as well as a supremely skilled hacker—computer, cell-phone, hidden-TV-camera, you name it. Casey lives quietly now, spending his free time working out and having great sex with his impossibly gorgeous girlfriend, bicoastal celebrity photographer Taylor Branch. Taylor has an impossibly cute niece Rachel staying at Taylor's impossibly cool Marblehead beach house. Alas, Casey goes out on a 911 call about a robbery and finds the husband alive and tied up in his bed, with the gory remains of his family against the bedroom wall. Just as Casey is about to ask the man who did the deed, the house blows up, incinerating the husband, the victims, and two cops. Casey barely escapes and, a month later, when another bloody tableau fails to detonate, he gets a call from the Sandman, who threatens to go after Taylor and Rachel if Casey doesn't drop his investigation. Naturally, Casey refuses to let the creep who killed his wife continue his homicidal rampage and seeks help from Malcom Fletcher, a retired, possibly demented FBI profiler who demonstrates high-tech talents not unlike the Sandman’s, and seems to know more than he’s telling. Meanwhile, FBI agents in Los Angeles discover their computer has been hacked, and someone has poked around in supersecret files of a supersecret, not-completely-successful psychological research project that had tried to nip serial killers in the bud. Could the Sandman be a reject from this project who’s now avenging himself on his tormentors?

Crisply written, skillfully paced, with respectful attention to details about explosives and serial-killer tracking techniques: the pages turn in spite of a tiresomely formulaic plot.