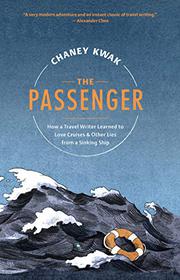 The memoir of a travel writer on assignment aboard a sinking cruise ship.

During a storm on March 23, 2019, the Viking Sky suffered engine failure and began drifting toward the jagged shore of Norway. While facing death and hoping to be rescued, Kwak took an inventory of his life and wished for “any normalcy” he could find. With a mix of candor and cynicism, the author details his family’s history and his estranged relationship with his German partner of 16 years. Kwak also laments having to soothe them while he was involved in a major crisis. Having become disillusioned with his career, the author shares a history of cruise ship disasters, and he comments on the hypocrisy and hierarchy of cruise ships, particularly those that cater to the wealthy, noting how crew members cheerily tidied up and attempted to entertain the passengers while they were on the verge of capsizing. Checking the news, he was also disturbed by social media reporting on his cruise ship’s predicament in real time as well as disgusted with the notion of his documenting the disaster for the sake of an assignment. He then becomes philosophical regarding the randomness of fate. Making a comparison between the state of the ship and his life, he writes, “what you see isn’t always the truth. The staff can keep buffing the surface, but everything is breaking down beyond the skin of this capsule.” Around 27 hours after the ordeal began, the ship was able to dock in Norway with the assistance of tugboats. At this point, Kwak expresses gratitude for a second chance and decides it’s time to make significant changes in his personal life. The author goes on to share the changes he made after returning to San Francisco as well as details from his interviews with the ship's crew and rescue workers.

A down-to-earth, relatable examination of career and life choices.