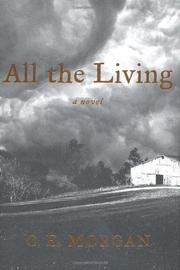 A somber, heartfelt and flawed debut from Kentucky resident Morgan.

At 18, Aloma is an orphan twice over. She was raised for a time by an aunt and uncle, and then she was sent to a settlement school. When her lover, Orren, is himself orphaned by the car accident that kills his mother and brother, Aloma agrees to join him on his family’s isolated tobacco farm. Still trapped in the Kentucky hills that have been suffocating her her entire life and unequipped to play the role of farm wife, Aloma comes to regret the choice she has made. Her unhappiness is compounded by loneliness, and her loneliness is compounded by the fact that grief and desperation have made the already taciturn Orren even less accessible. Orren grows more distant still as the drought that’s killing their tobacco plants stretches on. The opportunity to play piano at a church in town gives Aloma a glimmer of hope and a breath of freedom, but her friendship with a young preacher further complicates her already strained relationship with Orren. Will she stay with him, or will she go? This is the question at the heart of this story, but some readers may not be willing to stick around for the answer. Morgan is an earnest and creative writer, but she lacks the kind of discernment needed to propel a novel. She contorts words into tricky shapes—an unmoving fan is “spinless,” flood-tossed trailers lie in “tindered” heaps, a boy’s eyes are “keenless”—that are innovative without being illuminating. And her narrative suffers from a tendency to describe everything in lyrical, lavish detail. Morgan occasionally musters a fine and telling phrase—“Something unfamiliar rose up in her and it stuck in her throat like a homesickness, but she had no home, it was a longing that referred to nothing in the world”—but these moments are overwhelmed by the story’s grueling pace.