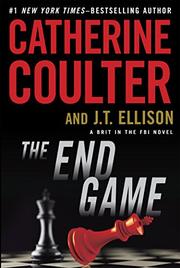 The FBI goes after a most unusual group of terrorists.

FBI Special Agent Michaela “Mike” Caine and her British partner, Nicholas Drummond, are on the trail of a shadowy terrorist organization known as the Celebrants of Earth. The anti-Muslim group—run by the brilliant scientist Matthew Spenser, whose family was killed in the 2007 terrorist bombing of the London Underground—has been trying to stop the importing of oil from the Middle East by bombing refineries but never hurting people. A tip leads Mike and Nicholas to Bayonne, New Jersey, too late to stop the bombing of the Bayway refinery but not too late to participate in the rescue efforts. This explosion’s fatal consequences leave many government agencies wondering why the formerly nonmurderous COE has escalated its activities. Unknown to other agencies, the CIA has placed an undercover agent, Vanessa Grace, in the group, where she works with Spenser, posing as a bomb maker. All seems to be going well until the enigmatic Darius worms his way into COE, bringing a large sum of money and slowly turning Spenser into a man willing to use increasingly violent means in the form of a tiny, undetectable, and extremely powerful bomb he's invented. The group also has a computer hacker who duels with Nicholas, whose limits are tested when COE attempts to crash the power grid. When Spenser snaps and shoots Vanessa, the CIA finally comes clean and works with the FBI to unmask a professional killer who has a contract on the vice president of the United States.

The third in the series featuring the brilliant Brit (The Lost Key, 2014, etc.) adds scary technology to physical action to produce a tip-top thriller.