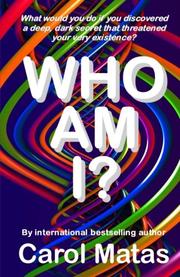 A strong teenage girl aims to find out the bizarre truth about her childhood in this suspenseful YA novel.

Fourteen-year-old Miranda Martin is annoyingly perfect. She can’t even summon convincing negativity for an acting role in a dance recital: “What rulebook on life has decided that we all have dark places?” she thinks. Her perfect world unravels, though, when she’s diagnosed with an incurable, genetic blood-vessel disorder; this revelation is made worse by the fact that she has “the distinct feeling” that her mother “isn’t telling me everything.” That feeling only grows when Miranda and her best friend, Emma Green, find hidden photos of Miranda “with different friends and…snow” despite supposedly spending her entire childhood in Southern California. Her parents blame her disease for her memory lapses and paranoia, and they whisk her to a secret clinic where creepy Dr. Mullen has found a perfectly matched liver, lungs, and kidney for a transplant operation in a suspiciously short time. At the clinic, Miranda discovers a crying girl, “the spitting image of myself when I was ten years old,” but everyone assures Miranda that she only dreamed about her. Unsure whether she can trust her parents, her doctors, or even her own memories, the teenager, with Emma’s help, decides to uncover the clinic’s secrets: “I always do what I’m told,” she thinks. “Well, not anymore.” Matas (Tucson Jo, 2015, etc.) builds the suspense slowly throughout this novel, keeping readers guessing with plot twists and moral questions taken to extremes (“I guess we each have some free will. We can think. We can make choices”; “Dr. Mullen believes that the end justifies the means. But does it ever?”). Even after she deals with the horrible truth, Miranda is shown trying to return to a normal high school existence, but she finds that life is still “turned upside down half the time.” Only the book’s weak title and tendency to overexplain thematic points mar the taut story, which features girl-power heroines confronting bad guys and the nature of the self.