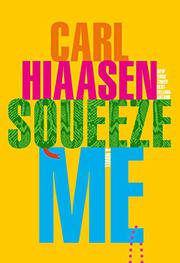 A frothy blend of murder mystery and political satire set on the wealthy island of Palm Beach, Florida, and deep inside the (unnamed) U.S. president’s private estate.

When Kiki Pew Fitzsimmons, daughter “of the aerosol Pews” and a leading Palm Beach socialite, disappears on the manicured grounds of Lipid House in the middle of a fundraising gala, the last place anyone thinks to look is inside a giant Burmese python. Never mind that a gigantic specimen sporting an enormous bulge is discovered shortly afterward, sleeping off its meal in a banyan tree. Efficiently beheaded by professional critter wrangler Angie Armstrong, the dead snake, which is promptly stolen, soon turns up on the interstate, where it temporarily halts the motorcade of the first lady as she returns to Casa Bellicosa, her husband’s Florida retreat. But who would steal a headless snake? What happened to its telltale bulge? And what about poor old Kiki, who just happened to belong to the Potussies, an influential all-female group of aging fans of the president? One mystery leads to another, and delightful subplots multiply as the sprightly narrative follows the intersecting adventures of Angie, the novel’s irresistible heroine; the first lady; bumbling villains; sardonic lawmen; loathsome politicians; and, inevitably, an Everglades-dwelling, LSD–imbibing eco-avenger—who is incubating an iguana egg in his one empty eye socket. So, yes, the humor gets wild and the satire a little outlandish. But this airy novel, taking pratfalls in stride, never loses its buoyancy thanks to Hiaasen’s deftly drawn characters and zingy dialogue.

This exuberant elegy for Florida's paved-over paradise performs the near miracle of making us laugh even as we despair.