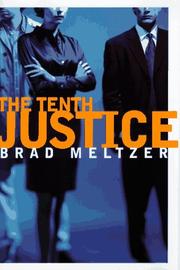 Loose lips sink careers in this barn-burning first novel about a Supreme Court clerk who runs his mouth to a disastrously ill-chosen confidant. The Solicitor General is often called the Court's tenth justice, but don't tell that to the Court's 18 clerks, who are convinced the world revolves around them. So it's not surprising that Justice Mason Hollis's clerk Ben Addison, who knows the results of all the Court's decisions long before they're announced, mentions one of them to Rick Fagen, one of Hollis's old clerks. Alas, Rick is an imposter who never clerked for Hollis, but who's just wormed his way into Ben's confidence to get a tip that will allow him to make millions on the insider info. Worse, Rick seems to know everything about Ben's puny efforts to find out who he really is. Does he have an in with Ben's fellow-clerk Lisa Schulman? Or could he be getting the skinny from one of Ben's roommates—senatorial assistant William Oberman, State staffer Nathan Hollister, or Washington Herald reporter Eric Stroman—all of them childhood friends? Ben determines to nail Rick for his perfidy, but Rick simply responds by stepping up the pressure, demanding further tipoffs on sensitive cases and threatening to reveal Ben's involvement to the U.S. Marshals, who are already suspicious on account of a news story Eric filed on possible Court leaks. The more Rick's noose tightens, the more suspicious and shrill Ben grows about his old friends, whose fear of their bosses and parents and whose unfailingly juvenile dialogue (``Drop it'' and ``He's dead'' are Ben's stock responses to every new threat) suggest the Washington branch of St. Elmo's Fire. Meltzer spins a mean paranoid fantasy that'll have you turning pages in a frenzy to learn whether Ben and his equally strung-out buddies ever grow up. (Literary Guild super release; film rights to Fox 2000; author tour)