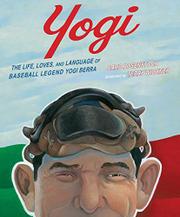 The Life, Loves, and Language of Baseball Legend Yogi Berra

Lawrence Peter Berra did not resemble a baseball player in any way.

He was a funny-looking, squat-bodied kid from a poor Italian neighborhood in St. Louis, where his baseball team had to improvise with borrowed or jury-rigged equipment. He would often sit with legs and arms crossed, studying the nuances of the game, a posture that earned him the nickname he would have for the rest of his life. From the beginning of his career as a New York Yankee, he was a great hitter, and he gradually became a great catcher, always willing to learn from coaches and mentors. Initially he endured a barrage of hurtful insults from the press and his teammates about his appearance, but his delightful personality, his unique way with words, and, of course, the fact that he was a large reason for the Yankees’ many championships soon made him beloved by all. Rosenstock covers all the bases, focusing on Yogi’s great love of baseball, his determination to succeed, and, most of all, his longing for baseball to love him back. His perplexing, witty, and wise “Yogi-isms” are incorporated in the text as well as appearing in large, hand-lettered blurbs within the illustrations. Widener’s colorful, muscular acrylic cartoons are not lifelike portraits of Berra but beautifully capture his essence.

A loving homage to a charismatic baseball hero.