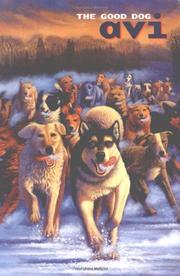 When the wild calls, will this good dog answer? For McKinley the malamute is a very good dog, one who takes his contract with his humans seriously: he assiduously guards his human family, especially the pup, Jack. He is also a politically astute dog: he is head dog of the Steamboat Springs dog pack. His retriever friend Aspen, had she the language of pop psychology, would call him a codependent dog: “You watch out for everybody but yourself.” His comfortable life is disturbed when a lamed wolf, Lupin, comes down out of the hills to recruit dogs to join her dwindling pack. McKinley feels drawn to her wildness, while at the same time remaining mindful of his doggy responsibilities. These become immensely more complicated when his pup (inspired by The Jungle Book and Julie of the Wolves) decides to try to run away and live with the wolves even as the human community gears up for a massive wolf hunt and an upstart Irish setter begins to challenge McKinley’s leadership. How can McKinley acquit his obligations to his pup, to Lupin, and to an abused greyhound whose escape sets the plot in motion, while at the same time preserving his position in the pack? Avi (The Secret School, p. 1021, etc.) by and large does a creditable job of keeping the many subplots going, although the action occasionally gets bogged down in discussions of the political doggy climate. The narrative is filtered through a dog’s-eye-view with occasional whimsical touches (streets have names like “Horse Smell Way”), but for the most part the text takes itself as seriously as McKinley does. Almost wholly absent from the story is a real exploration of the mutual affection that underlies the human-dog relationship; without this, McKinley’s decision to stay with his humans rather than follow Lupin is an intellectual, and ultimately unsatisfying, one. (Fiction. 8-12)