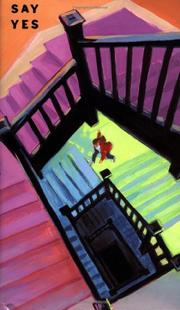 A New York City preteen’s world turns suddenly scary when her stepmother goes missing. Will Sylvia turn up, or is she gone forever with her latest boyfriend? Casey isn’t sure at first, but as days go by, her desperation grows, leaving her vulnerable to the overtures of the building super’s teenage foster son, Paulie. Paulie dispenses savvy advice and lends a genuinely sympathetic ear, but also turns out to have an ulterior motive—he’s looking for a younger confederate to help him rob a certain old lady. Reluctantly, Casey goes along, but not only does the ensuing emotional price prove almost overwhelming for her, Paulie gets a savage beating when his foster father finds the stolen money. Then a predatory gypsy, who discovers that Casey’s alone, arrives to crank up the level of anxiety another notch. Couloumbis (Getting Near To Baby, 1999, Newbery Honor), in perfectly cast characterization, pairs two young people here who aren’t as tough or smart as they think they are—but who come through for each other in the pinch. Both also find unlooked-for allies when the going gets too tough—most notably Sylvia’s levelheaded, large-hearted mother Fran, who sweeps in protectively as soon as she gets wind of what’s happened, and then consoles Casey with the insight that Sylvia’s not self-centered or evil, just weak, not perfect, but good. And that turns out to be enough, for when Sylvia ultimately does come back, remorseful but willing to take up where she left off, Casey’s anger is sharp, but soon spent. The author tellingly communicates Casey’s growing fear and Paulie’s underlying fragility and leaves thoughtful readers plenty to chew over with this convincing portrait of young people learning how to make choices. (Fiction. 11-13)