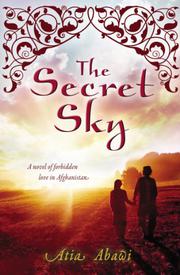 A Novel of Forbidden Love in Afghanistan

At its heart, this gripping debut by an Afghan-American journalist is a simple love story, but in today’s Afghanistan—riven by culture clashes, scarred by decades of war—nothing is simple.

Fatima’s tiny village is isolated from city amenities but not from war. Its Pashtun and Hazara families have endured heartbreaking losses and, amid crushing poverty, hold tight to what remains. The elderly woman teaching her to read recalls freer times, but Fatima, who’s Hazara and barely past puberty, faces a drastically limited future—her mother wants her married. When Fatima’s childhood Pashtun friend, Samiullah, returns from his madrassa, their mutual attraction grows. But even chaste meetings violate strict cultural edicts; transgressions can have lethal consequences. Their discovery by Sami’s cousin Rashid, embittered by jealousy and family tragedy, sets in motion events that change their lives, and those of their families and village, forever. All characters are Afghans, political attributions vague or neutral (the Taliban’s criticized but not vilified). Abawi reserves condemnation for the violent, twisted opportunists who take advantage of chaos. Juxtaposed with horrific events, the tone and stylistic conventions of lighter teen fare occasionally feel jarring. First-person, present-tense narration confines the story to the here and now, yet that immediacy brings closer this ancient, complicated country bound to ours.