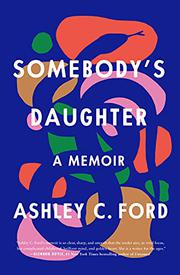 A potent coming-of-age memoir from a popular podcaster and BuzzFeed host.

Growing up in Fort Wayne, Indiana, with an incarcerated father and a dangerously overburdened mother forced the author to develop effective pain management skills. In a book that shares a similar spirit with Tara Westover’s Educated, Ford tells the story of uniquely difficult circumstances with profound insight and detail about the tumults of childhood. “I seemed to have infinite patience for children,” she writes. “Unlike some adults, I never quit remembering what it was like to be one. Their small plights were familiar to me, as were their big feelings.” Readers may also see a connection to Tayari Jones' novel An American Marriage (2018), as both deal with the effect of a long prison sentence on a Black family, albeit from different angles. Ford begins her memoir with a letter from her father that reads, in part, "Ashley, don't take this the wrong way but come next year, I will have been incarcerated for twenty years, which means the letter that you wrote me was the first letter that you have written me in almost twenty years." In the next chapter, a few years later, the author learns that her father is getting out of prison. Because she was so young when he was incarcerated, her feelings about him were based mainly on the adoring letters she received over the years. Her father's unshakeable belief in her became her inner refuge from the tension, rage, and violence that dogged her childhood. As a child, she did not know what his crime was—and neither will readers for many chapters. Ford creates fully three-dimensional portraits of her mother, grandmother, and other key players, using a child's-eye view to show us their failings and the calculations, negotiations, and survival tactics she developed in response to them.