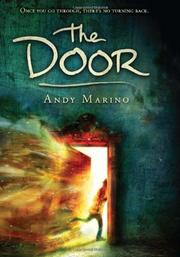 Twelve-year-old Hannah Silver, armed solely with some newfound knowledge and her three imaginary friends, crosses a forbidden threshold to try to find the soul of her recently, unexpectedly deceased—likely murdered—mother.

During the same week in which she begins public school after years of home schooling, Hannah learns that two mysterious visitors to her and her mother’s solitary lighthouse existence are returned-from-the-dead Watchers and that she and her mother are Guardians: humans charged with guarding the only door from the world of the living to the city of the dead. Shortly after the visit, Hannah finds her mother’s corpse and, grief-stricken, enters the city of the dead. Once there, she engages in a thrill-a-minute fantasy adventure, touring surreal, sometimes–high-tech neighborhoods populated by souls working toward something called Ascension—think Dante’s circles as written by J.K. Rowling. The short chapters end with suspenseful hooks to keep pages turning, and the pace accelerates exponentially. The third-person-omniscient storytelling, coupled with plenty of humor, keeps the darker implications of the tale at bay. Hannah’s new friends in the afterlife are especially delightful—particularly artistic Stefan, with his pet chameleon and magical paintbrush. The trope-heavy text contains some swipes at bureaucracy, ideologues and belief systems.