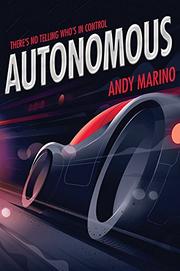 A self-driving car plugged into its teenage passengers’ electronic footprints takes them on a road trip based on what it thinks they want.

Reckless William’s disregard for his own safety helps him win a prototype luxury car, the Driverless Autonomous, and an all-expenses-paid road trip for him and three friends the summer before college. His companions are neighbor and friend Christina, best friend Daniel, and Daniel’s girlfriend, Melissa—or, in team-role terms, tech genius Christina (a dark-web denizen and hacker), muscle Daniel (headed to play basketball at Princeton), and fixer Melissa (a gorgeous girl whose passion and ambition are overlooked because they’re directed toward fashion). William is the wild card, and Otto the car is the brains. But each vividly drawn teen’s mature, serious secrets can draw them into conflict with one another—and no secret is safe from Otto’s electronic surveillance. While they make unpleasant discoveries about themselves and one another, Otto—difficult to control from the get-go—learns from them, developing a personality based on their input, reflecting the flaws of the characters and of humanity in general. The road trip is punctuated by drinking games, (consensual, responsible, off-page) sex, laser tag at an abandoned asylum, physical threats, car chases, and more, and along the way they grapple with questions of whom to trust. Aside from biracial (Guatemalan and white) Christina, the characters seem to be white.

A high-tech, twisted Breakfast Club for the social media age.