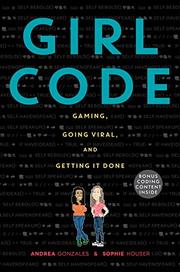 Gaming, Going Viral, and Getting It Done

The teens behind the web video game “Tampon Run” tell how they got started in programming.

This is a first-person account of how Filipina Andrea “Andy” Gonzales from the East Village and the Bronx and white Sophie Houser from the Upper West Side met at the Girls Who Code summer program and joined forces to create a video game that received viral media attention. The chapters are organized chronologically and, inside each, switch between the two authors’ lively narrations. First, they introduce themselves and their backgrounds with programming: Sophie was a high achiever crippled by self-doubt and terrified of public speaking who was drawn to the GWC program to learn a new way to express herself; Andy was a lifelong gamer and programmer’s daughter who had already attended coding programs by the time she attended GWC. What brought the two together for their project was a desire to combine social commentary with their coding, resulting in their successful game. The game (and networking opportunities from GWC) has brought them attention and many more opportunities, but it also took more time and energy than they had to spare. By book’s end, they find themselves evaluating their futures with technology. The psychology of self-doubt and value of persistence are well-presented—the co-authors stress that the greater the frustration, the better the payoff.

Tech-centered empowerment for those who feel voiceless.