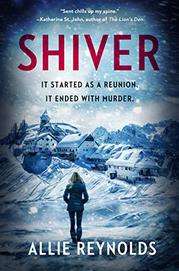 Deep in the breathtaking winter bleakness of the French Alps, revenge—and perhaps even murder—is most definitely afoot.

In a remote, off-season snow lodge, five former friends—Curtis, Milla, Brent, Dale, and Heather—gather for a weekend reunion, but from the get-go, it’s unclear which of them is actually behind the invitations. They're encouraged by a teasing note to disengage from their phones, but when their phones disappear, they realize they are completely cut off from the rest of the world. The action in this disturbing thriller shifts between the present-day reunion and a time, 10 years earlier, when four of these five were professional snowboard competitors along with several others, including Curtis’ sister, Saskia. The outlier, Heather, was a bartender who became Dale’s girlfriend. At that time, a tragic accident and Saskia's disappearance put a damper on their burgeoning clique, which had already been slightly riven by an underlying element of sinister malevolence. Now, the five leftovers (so to speak), trapped in their present-day snowbound digs, find it harder and harder to trust one another: A supposed icebreaker game contains accusatory secrets; the lodge’s electrical power proves iffy; food supplies vanish, not to mention knives; and windows are left mysteriously open. The sometimes-grisly action has a palpably visual immediacy to it—it comes as no surprise that this debut novel has already been picked up for television—while the mostly breakneck pace of the narrative lags only on occasion.

This suspenseful debut thriller by a former freestyle snowboarder contains both style and substance.