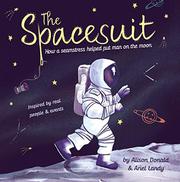 How a Seamstress Helped Put Man on the Moon

Who would have guessed from standard-issue histories of the space race that the spacesuits worn on the moon were largely the work of women employed by the manufacturer of Playtex bras and lines of baby wear?

Here, in a profile that laudably focuses on her subject’s unusual skills, dedicated work ethic, and uncommon attention to detail rather than her gender or family life, Donald takes Eleanor “Ellie” Foraker from childhood fascination with needle and thread to work at ILC Dover, then on to the team that created the safe, flexible A7L spacesuit—beating out firms of military designers and engineers to win a NASA competition. Though the author clearly attempts to steer clear of sexist language, she still leaves Foraker and her co-workers dubbed “seamstresses” throughout and “engineer” rather unfairly (all so designated presenting male here) defined in the glossary as “someone who designs and makes things.” Still, her descriptions of the suit’s concepts and construction are clear and specific enough to give readers a real appreciation for the technical challenges that were faced and solved. Landy gives the figures in her cleanly drawn illustrations individual features along with period hair and clothing, varying skin tones so that though most are white, at least two are women of color.

An outstanding contribution to the recent spate of reminders that women too helped send men to the moon.