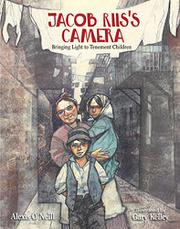 Words alone could not provoke change in the terrible plight of tenement dwellers in late-19th-century New York City.

In 1870, Danish-born Jacob Riis immigrated to the United States, where, after years of struggle, he eventually became a newspaperman. In his own life and in his work, he witnessed the horrendous living conditions of New York City’s poorest immigrants. It became the impetus for his lifelong crusade. One of the worst areas was Mulberry Bend, with filthy, overcrowded, airless tenements. He wrote many articles describing what he saw, but nothing changed. Then he took photographs and gave lectures accompanied by life-size reproductions of those photos to any group that would listen. His 1890 book, How the Other Half Lives, inspired others, including Theodore Roosevelt, to finally begin to address the issues. Among other improvements, the worst slums of Mulberry Bend were cleared to create a park, giving people a place to breathe and play. But where did the inhabitants go? O’Neill clearly admires Riis and presents his biography in clear, direct language that conveys the facts of his life along with the essence of his nature. Kelley’s ink-and-pastel illustrations in muted tones capture the gray dreariness of the scenes as well as dark shadows of interpretations of the photos. Backmatter includes detailed information of every aspect of Riis’ life and work, including several of Riis’ photos and quotes.

A thoughtful, well-researched homage to an almost forgotten hero.