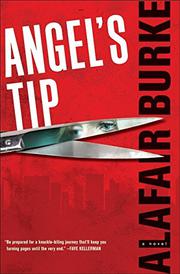 Burke (Law/Hofstra Univ.; Dead Connection, 2007, etc.) scores on all counts in this thriller about a serial killer with a hair fetish.

Pathos underscores the complicated second case Burke hands to NYPD cop Ellie Hatcher. On her bare knees in an alley outside a club in Manhattan’s Meatpacking District, Indiana University student Chelsea Hart tops a spring-break night of booze and drugs with sex by fellating a man who resembles Jake Gyllenhaal. Chelsea never learned how dangerous the Big Apple can be for party kids. In a few hours, someone drops her slashed body beside the East River. Jogging nearby, Ellie comes upon the scene. Soon she’s on the case and has a likely suspect under arrest. But several unsolved, cold cases unsettle Ellie. Since all of them involve victims with cut or hacked-off hair, she suspects a serial killer committed the crimes. She wonders why a superior scoffed at an officer who worked this theory a few years back. At home, Ellie’s boyfriend Peter, a tabloid reporter desperate for a book idea, nags Ellie for details about the case, which he may be leaking to the paper. Everything goes on hold when a janitor at the club where Chelsea partied on the last night of her life confesses to her murder. But if he’s the killer, then who is narrating a series of chilling scenes detailing plans to murder another young woman with a blond ponytail? When this victim’s body turns up, her hair has been crudely styled to look the way Ellie’s looked in a school photograph, and Ellie’s initials have been carved on the victim’s forehead. Ellie appears a likely target and one of the parties to the case appears a too likely suspect. Then Burke makes good on a solid buildup by pulling off a big surprise.