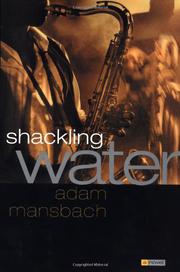 Spoken-word artist and musician Mansbach debuts with the lyric story of a young tenor sax player exploring both the modern New York jazz scene and the experience of being a musician.

Prodigy Latif James-Pearson heads to New York to find his hero, Albert Van Horn, reenacting the pilgrimages of decades past despite the fact that he is a jazz musician in a hip-hop world. ’Teef bounces his way into Dutchman’s, the club of choice, but isn’t able to dent the scene until one of the jazzmen casually asks if ’Teef can score him some you-know-what. He becomes an accidental drug dealer, reasoning that he needs to pay bills and it’s cool as long as he doesn’t do his own stuff. All seems fine for a while, and his aura is such that when Albert Van Horn does show up, he’s so distracted by the kid’s magic that he must absolutely find out what ’Teef is all about. It’s his shot, and Latif takes it. In the meantime, he’s begun a relationship with Mona, a white woman and painter who wants to love him and who believes it’s possible to be a musician and a man at once. ’Teef isn’t so certain. Mansbach sparkles throughout, finding just the right voice to explain the jazz/rap/hip-hop transition of the last 30 years and doing justice to all of it. As auspicious a debut as Colson Whitehead’s The Intuitionist, though the focus here is more on music than race. A problem may be length—not too much of it, but too little: when ’Teef becomes an addict and Van Horn turns up dead, what we’ve got is a pocket-sized story of jazz when Mansbach’s skill could have sustained an epic. Still, when the two men trade solos on stage, even those who don’t know a whole note from a grace note will revel in glorious song and history both.