William Young, a Midwestern native, has resided in Los Angeles for many years. His work has appeared in Agni, The Paris Review, and the Southern Review, among other publications. Twice he was a Tennessee Williams Scholar at the Sewanee Writers' Conference. He has taught at universities in Boston, Laramie, and Tempe. He founded the creative writing program at Arizona State University. 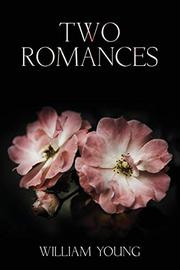 Close-knit communities get roiled by dubious loves in this pair of novellas.

Young’s two tales explore families, school groups, and small towns beset by buried secrets and unspoken desires. Joseph and Mary: A Family Romance centers on the Wilson family, a Scottsdale, Arizona, clan of adult siblings who have failed to thrive. Peter, the narrator, is a 28-year-old artist who has returned from San Francisco after he suffered an eye injury. His younger brother, Matthew, is an alcoholic poet given to spouting Shakespeare at opportune moments; his older sister, Mary, is a stripper; and Joseph, the eldest, has come home for Thanksgiving after being kicked out of the priesthood. The family reunion is full of unspoken tensions, especially between Mary and Joseph over a murky incident in high school that no one wants to talk about, one that’s bound up in his possible gay sexuality and her exhibitionism. Rec Park: A Small-Town Romance takes place in the idyllic coastal town of El Camino, California, where college professor and swim coach Dick Starling becomes infatuated with 17-year-old S.K., a Filipina immigrant. Dick, who has a Filipina wife and stepdaughter, becomes a nervous swain, awkwardly seeking encounters with S.K. at church or her sister M.K.’s swim practice. He’s buoyed whenever S.K. throws a stray “Hello” his way but very aware of how ruinous a relationship with her could be. She seems friendly but aloof—until a crisis erupts when she discovers that she doesn’t have legal immigrant status and starts mulling a plan to protect herself from deportation by getting pregnant with an American citizen’s baby. Young’s luminous stories probe deep issues of how families work, who belongs to them, and what boundaries define them. He embeds them in atmospheric settings, with Arizona’s golden-hued Pima reservation and El Camino’s quaint but claustrophobic townscape becoming influential characters. The author’s limpid, evocative prose reveals his players’ hearts by perceiving the world through their eyes: “Even after all those months of coaching,” Dick loved “to watch the girls—his daughter, M.K., the bunch—move through the pale blue water, at different lengths, intervals, their sleek, small power on display. It looked like an electric grid.”

As suggested by the title to the collection, many of these poems are set in the American West, the poet sharply registering this landscape of his post-pubescence, even as his eye wanders back repeatedly to the Midwest of his childhood.
ISBN: 978-1-7344236

The novel follows the exploits of a twelve-year old, non-nude internet model, based in Los Angeles. The book investigates the world of preteen modeling web sites. Its primary subject is adolescent girls and their search for friendship and acceptance.
ISBN: 978147913707