Matt Zullo is a retired U.S. Navy Master Chief Petty Officer who has more than 35 years’ experience in Radio Intelligence, now more commonly known as Communications Intelligence. He holds a Master’s degree in Strategic Intelligence from the National Intelligence University, where he researched and wrote his master’s thesis on the On-the-Roof Gang. He has published numerous articles on the On-the-Roof Gang in the Naval Cryptologic Veterans Association’s Cryptolog magazine and on social media platforms. As one of only a few quantifiable experts on the subject, Matt has spoken at the 2009, 2011, and 2013 Cryptologic History Symposiums, as well as at several Navy events around the world. His research has led him to publish a two-volume history of the On-the-Roof Gang, now available at all major retail outlets.

“The narrative sparkles with authenticity and is well organized and clear, enhanced by the judicious use of historical photographs and maps.”
– Kirkus Reviews 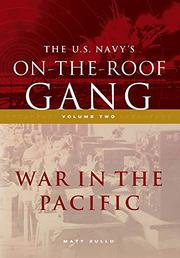 This second volume of a historical fiction series focuses on the Navy’s “On-the-Roof Gang,” a highly trained and dedicated band of radio operators who are Americans’ eyes and ears in the Pacific theater during World War II.

This group was called the On-the-Roof Gang because the members were trained in a hutch on the roof of the Navy’s headquarters in Washington, D.C. The band was the brainchild of a driven man named Harry Kidder, who developed the curriculum. The school began in 1929 and kept turning out graduates right up through the early years of the war. The esprit de corps was almost mystical. The novel takes readers from the infamous Pearl Harbor attack to the end of the war, detailing the gang’s victories and losses. One of the most gripping parts of the tale is the capture and subsequent imprisonment of the operators on Guam, which became overrun just days after Pearl Harbor. They wind up in Zentsuji prison camp in Japan, suffering incredible hardships but never cracking, largely through the leadership of Radioman First Class Markle Smith, an extraordinary figure whose exploits are heroic. But readers get a tour of the whole war, from Pearl Harbor through Guam and Corregidor and then, with the tide turning, Midway, Coral Sea, Leyte Gulf, and on and on. Zullo calls his absorbing book fiction for the good and simple reason that he creates scenes and dialogue when he has to. But make no mistake, this is authentic history. All the characters are real people (like Smith) who performed bravely. In fact, when the author is not creating scenes—which he does quite well—he is scrupulously listing all the people involved, all the mind-numbing acronyms, all the minutiae of a vast war machine. So there is good stuff here for military buffs as well as those who just like an engrossing story. And there is ancillary information front and back (for all that initialese) as well as copious illustrations throughout: maps and period photographs. This sequel to Zullo’s Prelude To War (2020) shows members of the Greatest Generation at their greatest in a truly stirring account.

A well-written and engaging tale about a remarkable and courageous group of radio operators. 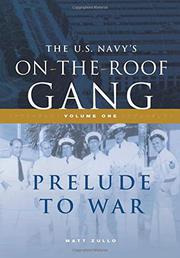 A lightly fictionalized debut work focuses on pioneering codebreakers in the United States Navy in the years leading up to the Pearl Harbor attack.

Retired radio intelligence officer Zullo combines years of technical expertise with a passion for his subject to craft the first of two volumes about a group of 20th-century Navy cryptologists. Called the On-the-Roof Gang because classes were held on the roof of a Navy building, the effort involved 176 men trained between 1928 and 1941. The radio operators learned techniques of transmission analysis involving Japanese katakana telegraphic code in order to intercept Imperial Japanese navy communications. The key figure in the narrative is Petty Officer Harry Kidder, who in June 1924 is a Morse code expert and Navy radioman in the Philippines. An eager and enthusiastic ham radio amateur, Harry discovers puzzling extra letters in transmissions while pursuing his hobby. Determined to decipher what he has noticed, Harry finds out from a Navy memo that the letters are part of the Japanese katakana alphabet. He then asks a friend’s Japanese wife for assistance. She helps Harry develop a “symbol, sound, and letter chart.” Several months later, Harry, now back in the U.S., meets Lt. Laurance Safford, a radio communications officer in Washington, D.C., assigned to look into Harry’s claims. Alongside the two men is the brilliant Agnes Meyer, working as a civilian in Navy communications, who comes up with the idea to establish a training program, and the On-the-Roof Gang is born. The tale proceeds chronologically, discussing developments in code-breaking techniques during the 1930s as well as military history. Other chapters delve into Harry’s personal life and problems, including an incident in Hawaii that leads to his forced retirement before Safford works to fully reinstate him to the “Research Desk” in 1940.

The intriguing story picks up speed and tension toward the end, as Safford and Navy radio operators search for elusive “Winds Execute” messages that will provide evidence that shows what by then seems inevitable: “War with Japan was imminent and that the Japanese were likely to attack without warning.” While technically historical fiction due to the invented dialogue and scenes, Zullo’s book leans heavily toward nonfiction and will primarily appeal to readers interested in military history, code-breaking, and the war in the Pacific. The narrative sparkles with authenticity and is well organized and clear, enhanced by the judicious use of historical photographs and maps. But the inclusion of each of the 25 training classes tends to slow the dramatic pace. And while the fictional scenes are well crafted, Harry, Safford, and others remain primarily historical figures. Still, history buffs will appreciate the illuminating chronicle, which has been informed by archival sources, first-person accounts, and interviews with veterans. While some details could have been omitted to achieve a tighter story, the author’s firm grasp of events makes for a compelling read. Volume 2 promises to bring readers into the war. Kidder, affectionately known as Pappy, died in 1963 and was inducted into the National Security Agency’s Cryptologic Hall of Honor in 2019.

An engaging tale of some little-known Navy cryptology efforts before World War II.

THE US NAVY'S ON-THE-ROOF GANG: VOLUME 2 - WAR IN THE PACIFIC is an historical novel based on the unknown true-life story of the "On-The-Roof Gang." It is a sequel to THE US NAVY'S ON-THE-ROOF GANG: VOLUME 1 - PRELUDE TO WAR.This second volume begins with the Japanese surprise attack on Pearl Harbor and documents the contributions of the On-the-Roof Gang during World War II. It focuses on the wartime stories of the On-the-Roof Gang intercept operators, some who were stationed in Hawaii, some who survived a tortuous existence in a POW camp, others who had to evacuate their intercept sites, and still others who performed intercept operations while at sea during some of the most famous naval battles of World War II.
Published: Oct. 13, 2020
ISBN: 978-1735152721