Born in 1944, Charles Porter grew up in Stuart, Florida on the St. Lucie River in the same old wooden house where his father was born. First going to public school, then Catholic school, Porter graduated from Belmont Abbey college with a degree in philosophy. After traveling for two years around the U.S. in a camper pickup truck, he went to work in his father's lumber yard following his father's untimely death in 1963. From a young age Porter trained western horses, worked on a cattle ranch competing in reining at local rodeos while he fed a deep love of music and poetry placing him on stage for a time, as a singer/ songwriter. In 1988, when he sold the lumber company, his interest in the sport of dressage grew, and now he devotes much of his time to schooling, coaching, and the buying and selling of imported horses. Continuing to write poetry and music, in 2006 he turned to prose. Shallcross is his first novel.
Porter lives in Loxahatchee, Florida and South Dartmouth, Massachusetts. He has a son, Michael, who is a circus performer and lives in Las Vegas. 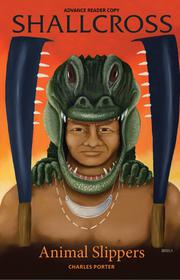 A man who hears voices joins a colorful alliance of South Florida eco-warriors.

Shallcross: The Blindspot Cathedral (2014) and Flame Vine (2017), the first two books in this fictional autobiographical series, tell the story of Aubrey Shallcross, a man who sees and hears things others don’t—most notably, slippers: “Homunculus forms, three to four inches tall, from the world of mental cases and mystics.” Aubrey’s chief slipper is Triple Suiter, or Trip, his guardian angel. Trip, Porter, and Aubrey constitute the trinity that narrates this third installment. Aubrey, 50, has nicely recovered from being shot in the head two years ago by his common-law wife Christaine’s ex-husband. Nowadays, Aubrey focuses on the sport of dressage, enjoys family life, takes regular camping trips, and tells bedtime stories to Drayton, his 5-year-old son. When crooked property developer AM Sermon threatens to destroy 1,500 acres of wetlands, Aubrey wants to stop the disaster but doesn’t have much hope. Still, he vows to try when asked by Osceola and Captain Nemo, slippers who protect two alligators called the Dragon and Two-Toed Tom. Also working to prevent the development is Freddie Cowkeeper Tommie, a mixed-race Spanish Seminole who carries on a battle against invasive species in Florida and sometimes rides the gators, one foot on each like a charioteer, while meting out ecological justice. Eventually, others join the struggle, including carnival performers Speedy Tanks and Roberta, the Woman With No Legs. An alliance of people, slippers, and animals comes together to shake Sermon’s conscience and preserve the wilderness, meanwhile revealing a long-standing mystery—the true identity of the Tin Snip killer, who murdered Christaine’s mother.

As in the previous books, Porter employs amazingly inventive, multivalent wordplay that taps into buried meanings. Sometimes these “private cryptonyms” can be puzzling, though once explained, they seem just right. For example, to call something mansion, Aubrey explains to Drayton, means (by extension from big house) “anything that is a big deal or gets a lot of attention.” A poetic economy characterizes this wonderfully original argot, as when an asylum inmate says everyone “told stethoscope lies, and he could hear their hearts beating children.” Beating does double duty here and makes the stethoscope image perfectly understandable: hidden untruths that need special equipment to be detected. This third volume is more accessible than the first two and often humorous, suggesting that Aubrey has settled more comfortably into his life. Porter’s books are always captivating, but this tale gains maturity and depth from the characters’ heartfelt concern for animals and ecology, which they put into rousing action. The work’s presentation of the slippers’ points of view is so compelling that readers may agree when Trip insists that “this is not imagination. It is a reality of a rare and mostly unknown kind.” The root meaning of schizophrenic is split—yet Aubrey seems not divided but multiplied.

An unforgettable tale with rich and moving connections, poetic storytelling, and an inimitable style.

In this one-of-a-kind novel, a South Florida man living with hallucinations falls in love and meets danger along the way.

Aubrey Shallcross, 42, “was a respectable businessman in his small town and had learned how to appear normal since grade school, even though he…saw things other people did not”—such as Triple Suiter, a 3-inch-tall, three-piece-suited man who lives in Aubrey’s left armpit. Independently wealthy after selling his car dealership (friends dub him the Anti-Chrysler), Aubrey enjoys hanging out at the Blue Goose and eating conch fritters with old buddies like Punky and The Junior. Over the course of this unique debut novel, he sees some friends die, falls in love, surfs, participates in a cattle roundup, learns the art and discipline of dressage, and undergoes a fearful attack by his girlfriend’s palindrome-obsessed ex-husband. But no plot summary can convey the surreal flavor of Aubrey’s mind and the characters (called “slippers”) who manifest themselves to him. Besides Triple Suiter, a kind of guardian angel, there’s “the tiny Amper Sand, who lived in Trip’s sternum and didn’t speak. To communicate, Amper Sand typed backward letters on Trip’s chest.” The sinister Slim Hand, “rogue slipper, a bad passenger,” always seems to be trying to cram something bad down Aubrey’s throat. Head Wound is “a burlesque overdraft of an abnormal.” In this word-drunk, thickly allusive and poetic novel, characters speak in an at-first confusing mélange of shared jokes and colorful imagery: “Straight over the four-way’s the road to stag-damn-nation….The Head Wound turns left with the angel on that crosspiece, doesn’t he? For the gorgeous left pearls. Finished.” Porter gradually illuminates the significance of these references. Though first-person accounts of schizophrenia usually convey its terror and loneliness, Aubrey’s experience is seldom frightening. His hallucinations are usually creative, helpful, even joyful, and Triple Suiter is touchingly solicitous of him. However bizarre Aubrey’s thought processes might be to outsiders, his inner world is artistically coherent. 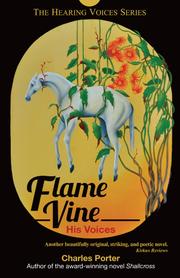 Porter’s prequel to Shallcross (2015) explores the first 42 years of a South Florida man living with hallucinations.

Although the author says in a foreword that his two books may be read in any order, readers of the first might have been glad to have this one to guide them through protagonist Aubrey Shallcross’ allusive, surreal, and word-drunk world. In first- and third-person narration, Porter tells the story of Aubrey’s early years, beginning with his upbringing in Stuart, Florida. After he’s born in 1944, he seems to live a comfortable life. He goes to school and graduates from college, marries, works in and later takes over his father’s Chrysler dealership, rides in rodeos, goes surfing, takes drugs, plays in a rock band, builds a house, and develops a circle of close friends called the Blue Goose bunch after their favorite bar. Everyone knows that Aubrey talks to himself, but few know about his “drifties” (extended fantasies) or his “slippers,” hallucinatory figures whom he can speak with and sometimes see. One of the latter is Triple Suiter, nicknamed “Trip,” who’s three inches tall and originates in a mole on Aubrey’s skin. The book shows how Aubrey’s relationship with his “slippers” develops; he’s shaken at first, but then Trip becomes a kind of guardian angel, helping him through crises of loneliness, guilt, and fear. Porter also devotes several chapters to Aubrey’s friends, giving them back stories and showing how they develop the tight bonds and rich patois seen in Shallcross; they also effectively display the author’s gifts for characterization and dialogue. Porter has a fine sense of the sublime, and even when he describes horrors, such as the Vietnam War or the actions of a serial murderer, he always offers readers something more complicated than mere repulsion. As with the previous book, the most impressive thing about Aubrey’s hallucinatory world isn’t its strangeness but how it all fits together, poetically, as a creative response to suffering. For example, Triple Suiter gets his name because Aubrey’s much-loved father always wore a three-piece suit to Mass; the suit is an image of love, protection, and certainty.

LOVE IN THE TIME OF HORSES

A novel with a cast of competitive characters provides everything readers will want to know about quick-draw contests and the world of dressage training.

Porter’s main characters are Orin Kraybill and his wife, Isabel, and Joel Katz and his girlfriend, Jane Kline. Orin and Isabel coach and perform dressage; Joel is into equestrian jumping and quick draw, among other adrenalized pursuits. Jane is a quick-draw competitor herself and a concert pianist. And there is Joel’s former college roommate, Walter Westlove. Walter, an ex–football star, is a gay writer, a cross-dresser (on stage), and a rapper. Finally, the story presents the nefarious Gelnaw twins, Jim and Johnny. Basically, the tale follows these characters into the arenas and shooting ranges of Florida and Pennsylvania, with excursions into Walter’s outrageous stage shows and whatever captures the author’s attention, like Nile monitor lizards, a short history of Anabaptism (Orin is a lapsed Mennonite), and disdain for Donald Trump. Tension between Joel and the Gelnaws, the rich, Jewish city slicker versus the resentful reactionaries, is always near the surface and climaxes in a blazing showdown that readers will see coming. Porter is a capable and enthusiastic writer, mixing in poetic descriptions (especially at the climax) and rock tunes, and his characters are mostly well developed. Readers will like everyone (except the villainous and a bit overdrawn Gelnaws). As to the long passages about dressage, Porter implies that readers are at liberty to speed-read through them (there will be no test on the subject). This is “write what you know” with a vengeance. The author’s work is almost like an Upton Sinclair book but without the social crusading. There is, in fact, a place on readers’ shelves for a hybrid novel as varied as Sinclair’s and Porter’s. As to the conclusion of Porter’s tale, it is appropriate, though the audience will be reminded of the endings of many Elizabethan tragedies.

An enjoyable equestrian tale with a bit extra for those who share the author’s enthusiasms.